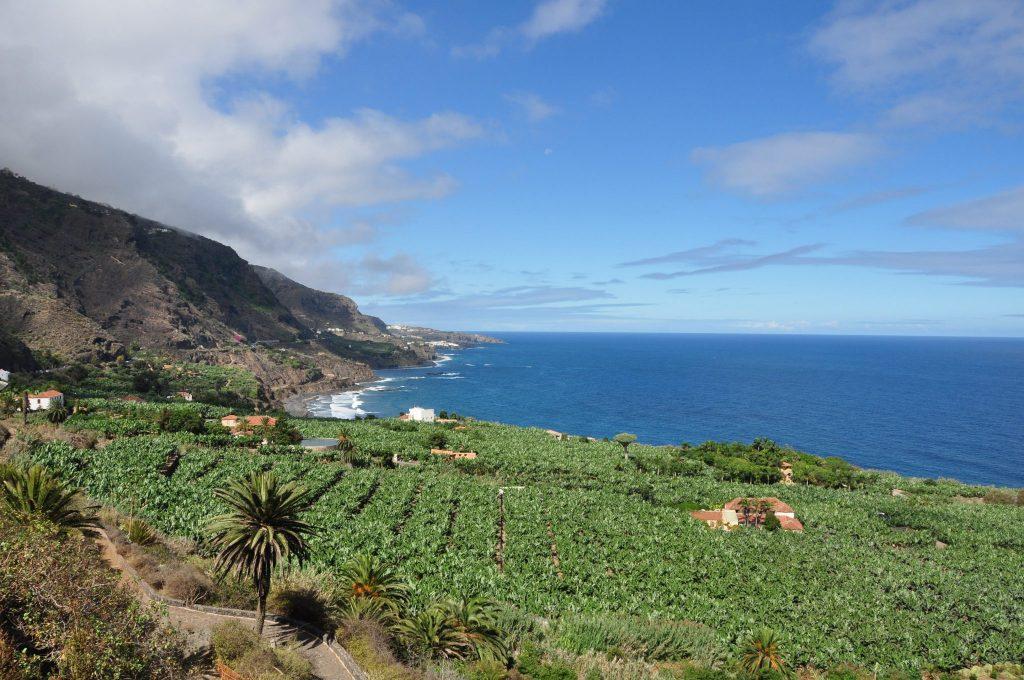 Discover Mirador de San Pedro and enjoy its wonderful routes with views of the coast, in Los Realejos, Tenerife.

Mirador de San Pedro is located in the northwest of Los Realejos, in the north of the island of Tenerife.

This viewpoint is located in one of the most unique natural environments of the Canary Islands. Thanks to its 200 meters of altitude, we can contemplate an awesome view of Los Realejos area.

There is a restaurant, which has got the same name as the viewpoint, and several panels with information indicating the most important data of this place.

Two roads lead from the viewpoint itself. One of them, the one on the left, will lead us on an interesting route along the old way of the royal road that reaches the same coast, first passing through the charming Ermita de San Pedro, from whose terrace we will see another captivating view of the coast.

The second road, the one on the right, will take us along another not less interesting route. On its way to the coast, it passes through “Hacienda de Castro”, up to  “Fortín de San Fernando. It is important to know that this route crosses one of the most beautiful palm groves on the island.

How to get there:

To access the “Mirador de San Pedro” by car, we must go to the municipality of Los Realejos, in the north of Tenerife. To do this we can go along the North TF-5 motorway, once on the motorway we will continue along the regional C-820 towards Icod de los Vinos, until we see the exit to San Pedro. Everything is very well signposted.

The stages of The Sea of ​Clouds in Tenerife

The stages of The Sea of ​Clouds in Tenerife